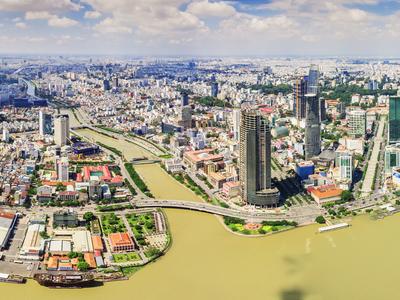 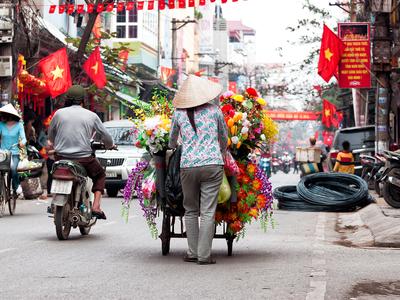 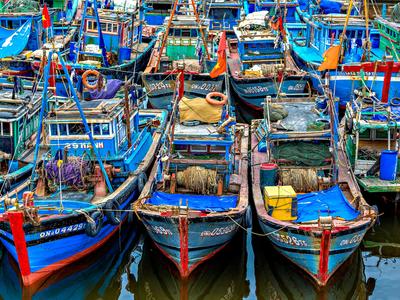 How long is the flight to Vietnam?

An average direct flight from New Zealand to Vietnam takes 29h 45m, covering a distance of 9273 km. The most popular route is Auckland - Hanoi with an average flight time of 33h 45m.

What is the cheapest flight to Vietnam?

What are the most popular destinations in Vietnam?

Pros: "Crew was really good and the seating was quite okay"
Cons: "Seating distance"

Pros: "My answer on first leg of flight from Mnl to Hkg goes with this one."

Pros: "Everything"
Cons: "No wonder they are one of the best airliner"

Pros: "Service is up to par. Seat is good. Enough legroom. Smooth flight"
Cons: "The meal is awful. Not enough meal options. No menu handed out to the passengers. There are only two meals for 11 hours flight."

Pros: "Reasonable leg room in the economy"
Cons: "Flight was delayed for 2 hours I could not take on board by carry on luggage because it weighted 10kg. Food service was poor and not well organized"

Pros: "Boarding quick n fast"
Cons: "Seats uncomfortable, leg n body, space too small n my left seat is a big sizes man , right seat is a very fat man , I can’t even move . my seat don’t have headset n request one , but until reached Hong Kong I still didn’t get it n I m in plane for 4hrs doing nothing, no games no songs n no shows. Thank for your concern . Really appreciate."

Pros: "Very delayed flight that resulted to missed my flight going to davao"

Pros: "Customer service is excellent as usual. The plane is very well outfitted and modern. You can generally trust the Cathay standard. The pilots are good, and even though departure may have been delayed, we arrived ahead of schedule."
Cons: "I didn't prefer the premium economy section. Uncomfortable. I'd rather pay the fare for a cheaper economy seat, that is equally uncomfortable. It's terrible to start charging people for small, petty things like choosing one's seat."

Pros: "Somewhat disorganized bec. People lined up even if swat numbers have not been called."
Cons: "People trying to push their way in the line. Color coding of tockets associated with colored line coding may improve situation."

Cons: "The gate to connecting flight was very far and signs to gate were confusing."

Pros: "Very quiet (A350), good crew who helped direct those unused to flying to the correct class. Good seat comfort and food, very good good entertainment. Toilets were cleaned periodically during the flight."
Cons: "Rather a wait for the toilets at times - not the most efficient layout and not that close to Premium Economy seating."

Cons: "There was a long delay when boarding the connecting flight to SGN and there weren't any clear updates on the flight status. I didn't mind the wait so much but I wish they had announced the current status more clearly."

Cons: "the person in front of me just laid down his seat for almost entire flight which made me to have no rooms people are switching seats without letting flight attendants to know. This is not fair for other customers"

Pros: "The cabin crew was nice, courteous, and professional. The cookie and juice were good. The variety of music was nice."
Cons: "The flight was delayed an hour. Airport crew leaves a lot to be desired. The passenger next to me took up too much space- no fault of the airline tho. The soy chicken was salty."

Pros: "Great service and food as always. I sat in business class and the seats and tv entertainment center are so old now. Time for an upgrade"

Pros: "Karen was nice."
Cons: "They took my drink I just bought before boarding the plane. The landing from the pilot wasn't great... by far the worst landing from all of my travels. The food for Vegetarian Lacto-Ovo Meal (VLML) - (A Vegetarian Meal that may also contain eggs and dairy products) was gross and the guy flight attendant wouldn't give me ice cream because I had a special meal. All I wanted for food was no meat; I didn't expect it would have no ice cream and no real food. I should've, could've taken one of the options on the food list and push away the meat myself."

Pros: "Checkin was a breeze, the flight attendants were great, food was good, seats were comfortable, good selection of movies. What more can you ask for"

Cons: "I remember Cathay pacific having nice planes, but I guess things have changed. Plane, bathrooms, everything was downright dirty. Basically the only thing Cathay Pacific has going for it is direct LAX to HK, but that's it. I will try to avoid Cathay in the future"

Pros: "Everything! Very organized!"
Cons: "Nothing!"

Pros: "The economy seats where comfortable even with a15 hours flight , food was great and warm.Crew were very helpful"
Cons: "None"

Cons: "International flight delayed after boarding the flight.Flight connection missed. Instead of providing the accommodation, passengers got boarded into flight to Los Angeles. Again another flight to Chicago which dropped the passengers in around midnight. Had to pick them from 4 hour distance from Chicago which was planned early. overall journey was more than 36 hours. No information to the passengers until last minute. Some passengers does know English."

Pros: "Crew was good"
Cons: "Waiting time , as the flight was not scheduled on time. Also there was no vegeterian food from Honk Kong to SFO."

Pros: "Most comfortable bed... slept almost 7 hours on the flight. Food, service and everything else was excellent..."
Cons: "Nothing I can think of... They had it all covered."

Pros: "Food was better than average Seats were not too cramped."
Cons: "Seats are harder than I like for a long flight. Cathay screwed up my departure date and had to spend hundreds on top of normal change fee to get home on the day I was supposed to."

Pros: "The crew was very cordial and respectful.We spilled our water on the seat and they quickly helped us to clean it up without any fuss or accusation."
Cons: "The food did not smell delicious. My son was already feeling quite ill from the previous trip and could not eat."

Pros: "My son enjoyed the flight and the worker where very nice to him."

Pros: "Service was ok"
Cons: "I booked my reservation with kayak and pick out choice seats , when I check in was told by Cathay that they do not honor seat reservation from a 3rd party. I also paid for the exit seats so We have open space.. Very disappointed."

Pros: "The extra space was nice, but expected as I paid for it."
Cons: "My wife's and my seats were sticky and difficult to recline. my headphone socket had lose fitting and neither the airline supplied headphone nor my Bose QC headphone were able to work constantly. The service from the two hosts was poor with very little to no engagement or pleasantries. I compare this with Premium Economy class flights with other airlines I have flown and I will elect not to fly Cathy Pacific again. I also found the food and the service below average. No option for wine on this flight, just red or white."

Pros: "Service"
Cons: "bring back Me Before You!"

Pros: "Crew was pleasant."
Cons: "First and international flight - the seats are cramped, the meals are extremely 'blan' and the entertainment selection was not very good."

Pros: "Boarding was a bit of a free-for-all even though they called specific rows. Still, it went fast and everything else was fine. Seats were as comfortable as can be expected for economy. Food was pretty good, entertainment was great and the crew was polite and helpful."

Pros: "It got me home."
Cons: "The sound did not work for my video, the food was not good, the seat was uncomfortable, and my stewardess was rude."

Cons: "The cabin was freezing! Plus the blanket was as thin as gauze."

Pros: "Crew Service and Leg space is great. Automatic check-in station is simple and easy to operate, speeds up the queue for checking-in and luggage drop."
Cons: "Seat has no recline option, only movable part is the base of seat, back support recline is not available, thus making it impossible to rest. Food was served cold, CX used to be much better at food handling, cold omelette and soggy bacon is definitely not appetizing even for a hungry morning flight. Entertainment is ok, nice options, but LCD screen is getting old and blurry, rather not strain my eyes to try watch anything on it."

Masks required on board, masks provided on flights to Vietnam

Middle seats unavailable to book on flights to Vietnam

Testing for antibodies, testing for symptoms for flights to Vietnam