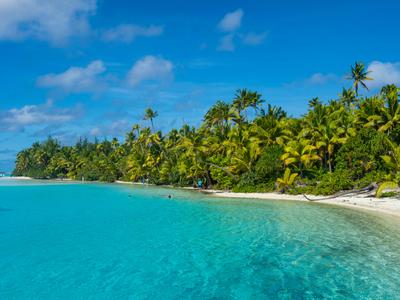 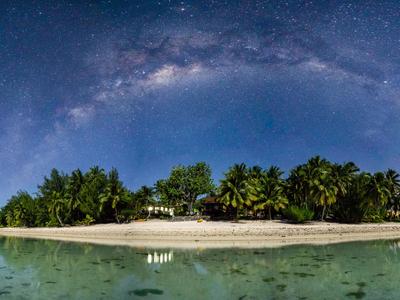 Top tips for finding cheap flights to the Cook Islands

Which airlines have a flexible cancellation policy for flights to the Cook Islands due to COVID-19?

Air New Zealand, Singapore Airlines and Virgin Atlantic have waived their change and cancellation fees on flights to the Cook Islands. Confirm policies on booking site.

How long is the flight to the Cook Islands?

An average direct flight from New Zealand to the Cook Islands takes 18h 25m, covering a distance of 3338 km. The most popular route is Christchurch - Rarotonga with an average flight time of 6h 45m.

What is the cheapest flight to the Cook Islands?

Which airlines fly to the Cook Islands?

What are the most popular destinations in the Cook Islands?

Pros: "Crew were helpful and pleasant and it was nice to get a drink of water, a cookie and the offer of a cup of tea or coffee"

Pros: "GREAT CREW, THEY DID THE BEST THEY COULD. VERY FRIENDLY AND HELPFUL."
Cons: "Ground personnel could have been way more helpful. We came back from Europe and needed to take a domestic flight to Palmerston North.We had a lot of handluggage that was allowed in our international flight, we had purchased an extra suitcase ticket to make sure it wouldn't be a problem. The lady that helped us was not willing to include any more items than 1 small suitcase that weighed only 11 kg, but we had paid for 23 kg. When we wanted to board the airplane we were told we could only take 7 kg each. Which caused problems and stress that we couldn't use after a 40-hour flight from Europe. We discussed this with the lady at the counter which wasn't really helpful to start with, but eventually, she let us board the plane anyway after we had to explain our situation a few times, and after she asked us to weigh our extra items, which of course we're more than 7 kg. We were pleased that at least she let us board our plane in the end. Hopefully next time we won't encounter the same problems."

Pros: "Great crew. Wine and cheese was nice."
Cons: "Nothing. All good."

Pros: "As I was in premium economy it was of course amazing, however it was a very packed premium compared to my previous experience so wasn’t as comfortable but still amazing."
Cons: "The selection of movies currently was a bit lacking."

Cons: "Very Slow meal service, had to ring for sparkling water when we had asked the attendant during the meal service. Took 20 minutes."

Pros: "Everything"
Cons: "I can’t be more demanding. Everything on the flight were good."

Pros: "The crew were very welcoming and made you feel special. The food was great! The burger was tremendous! The films very up to date."
Cons: "The seat is comfortable but doesnt recline enough, I dont like the fact that you need to flip the seat to get it flat, when is it flat its rock hard! Good on AirNZ for providing the foam mattress topper it helps. ButOnce its flat you cant really watch TV."

Cons: "Our family nearly missed the trip due to delayed from Melbourne"

Cons: "i was a little disappointed in seating .... felt like a Sardine ... unlike my flight from Brisbane to Auckland on my way to LA... which surprised me,"

Cons: "The check in at premier lounge wasn’t as good as before for bussiness elite !"

Pros: "The flight was on time, staff courteous and we made good time to the destination."

Pros: "A bit late leaving Auckland but we were kept well informed of the changes"

Pros: "Crew were lovely."
Cons: "Had a lot of hassle adding baggage to this leg of my trip on booking. At check in i was asked to pay $130 for baggage, which was no surprise. Luckily Air New Zealand ground staff sorted it out and I did not have to pay. I will book direct with the airlines next time."

Cons: "I added Luggage 16.5kg and they charge $130 AUS.The weak point is they are not showing luggage when we booked."

Pros: "Our hostess was extremely friendly, accomdating and engaging. Air Nz need more staff like her! We had taken a Honolulu flight to Auckland flight the day before and were really disappointed with the service, lack of friendliness and the limited availability of food were not what I have come to expect on Air NZ, an airline we have been so proud of in the past to fly."
Cons: "There was no doubt the staff made this journey great!"

Pros: "Plz could u guys add Korean subtitle to movie or tv . Because when i was boarding, i couldn't find any Korean subtitle. I can understand English so that's find. But it let me think u guys don't really care Korean market ."

Cons: "We were late arriving, the cabin crew although they were pleasant, didn’t do enough to allow the passengers to get off first, for the connecting flight. Malaysian airlines stayed in the runway, fixing an engine and the pilot said they were delaying the plane, driving in for passengers to disembark. After being told by cabin crew that a number of us were late for connecting flight, that they were going to wait for us, they didn’t and we were told we had missed the flight. We were kindly put on the next flight which wasn’t until five hours later. Unrealistic scheduling causes is to miss our flight and had us sitting at the airport for four hours, making it an unnecessarily long day. Not impressed."

Pros: "This flight was great. The team were friendly and the plane was also well air conditioned."

Pros: "The crew were delightful. Nice cup of tea and a magnificent day for flying."

Pros: "It was operated by air New Zealand so the service was top notch once I was able to resolve all other issues boarding."
Cons: "We had a flight bought on virgin Australia and operated with air New Zealand. The air New Zealand part was all great plane boarding etc, the horrible part is that we bought baggage allowances with virgin and they never transferred the information to air New Zealand. So there I am from the USA in a foreign country boarding a flight being asked to pay 500 nz dollars for a few kilos when I had already paid for it. Having to produce emails and payment information on something I had done months in advance. Overall I won’t recommend virgin next time I’d book directly with air New Zealand"

Pros: "Meal was excellent"
Cons: "Would have liked a blanket, it was a bit cold."

Pros: "Was a huge help when my connecting flights didn’t link up due to flight delay, I was so stressed but every single person with air nz helped to make it as easy as possible and were so friendly!"
Cons: "Nothing at all!"

Pros: "The fact that every possible thing was tajen 8nto account to connect us from our late arrival intetnational flight. Great team"

Pros: "I was feeling motion sick and several flight attendants went out of their way to help me feel better. I wish I knew their names as I would specifically mention them, but I really appreciate everything they did for me during that time."
Cons: "Allow passengers to choose if they want a vegetarian meal."

Pros: "Staff were kind and thoughtful with younger passengers."

Pros: "Very helpful check-in staff helped me arrange to sit with a friend on the trip."
Cons: "My first seat had a broken entertainment system but I was quickly moved to a new seat."

Cons: "I got upgraded to business :)"

Pros: "The service and entertainment. And blankets to keep you warm because it does get cold on the plane."
Cons: "Small seats, no room."

Pros: "Fairly comfortable flight, good onboard entertainment. I liked the selection of movies and NZ tv programs. The food was delicious and I love that complimentary wine is served."
Cons: "My only complaint was in regard to the children's meals. We ordered children's meals ahead of time for our 2 kids. On our flight from SFO to AKL, no problem but on the return flight they only brought us one child's breakfast. I asked a crew member for the other one. She told us it would be brought over but never was. So my son had to wait until the regular meals were brought and have one of those. Not a big deal but it was a little annoying. Also, for the return trip dinner, they served delicious Kapiti ice cream with the adult meal but no ice cream with the kids' meals so my kids were super disappointed about that and my husband and I shared ours with them. Again, not a terrible offense, just a little annoying."

Pros: "Loved the landing lollies :) I was in a comfortable seat for a 3.5hr flight, and the entertainment system was on par with Qantas. I've long been a staunch Qantas traveller but will remain open to air NZ when travelling to NZ in future."

Safety measures for airlines flying to the Cook Islands

Daily cleaning, installation of cabin HEPA filters on flights to the Cook Islands

Masks required on board, masks provided on flights to the Cook Islands

Middle seats unavailable to book on flights to the Cook Islands

Testing for antibodies, testing for symptoms for flights to the Cook Islands

Flights to the Cook Islands