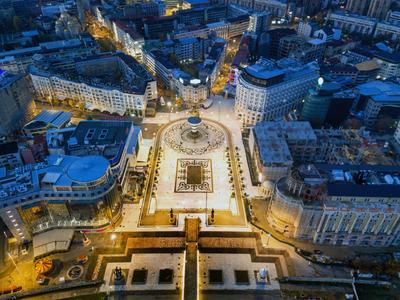 How long is the flight to North Macedonia?

An average direct flight from New Zealand to North Macedonia takes 31h 35m, covering a distance of 17658 km. The most popular route is Auckland - Skopje with an average flight time of 31h 35m.

What is the cheapest flight to North Macedonia?

What is the most popular destination in North Macedonia?

Based on KAYAK flight searches, the most popular destination is Skopje (100% of total searches to North Macedonia).

"I asked for a milk to my baby she told me sorry we don’t have extra for your baby. They tried people definitely i so that if you speak Turkish you get what you need. Last time travel with Turkish Airlines."

"This was the worst meal I ever had on a flight. It was undercooked pasta with unflavored tomato paste. Horrible."

Pros: "Seat was ok."
Cons: "There was no food served at all! Just a plastic water container for the entire flight. Could’ve served a snack or two like JetBlue does in USA"

Cons: "What is the point of paying business if you don't get the extras... No priority boarding, fighting for luggage overhead room, economy customers running to the front not allowing for comfortable disembarking of business class customers .. Just not what you would expect from business class."

Cons: "Departure gate to far to get to! Changed gates didn’t notify on time . Waiting at gate to long."

Cons: "Turkish Airline lost one of my checked in bag! Never found it!"

Pros: "The plane was Old !! We, Stevo and me Julie were scared but glad the trip will be over. We did not know the rules that MK had as far as how much $ and golden jewlery one can have befor you had to report it. Thank God we did not have to give up anything."

Pros: "Typical short business class. Quality was still nice. Room to spread out and crew was accommodating"
Cons: "No priority boarding for business. And still no beverage service before take off (alcohol)."

Pros: "Entertainment"
Cons: "Staff was less than friendly and seats were not very comfortable in coach."

Pros: "Food was good but needs bigger portion."
Cons: "Not many choice for drinks, some fly attendance need to know smiling is good ."

Cons: "Despite having seats assigned we did not fly Customer service was just awful dealing with overbookings"

Pros: "Service was excellent and plane very comfortable for the long journey."
Cons: "No vegan options. I thought I was getting a vegan meal that I called to request a month ahead of time and the flight crew told me they only had vegetarian. Needless to say my snacks were not quite enough to hold me for 13 hours."

Cons: "The Istanbul airport is very large and there are many people. The signage is generally pretty good, but it was confusing getting off the airplane from Berlin and seeing a sign saying something like " foreigners." I waited in that very long line for at least 30 minutes which ate up most of my layover time. Only to find out that it was for people with visas coming into Turley. I was directed to another, poorly marked, line for people transferring planes."

Cons: "First the plane from JFK to Istanbul was two and a half hours late I had a for kids is uncomfortable to wait then try to get a contact with customer service do not give me any straight answers and 3 hours later finally got Somebody explain something overall no good this will be my first time and the last time"

Pros: "Very friendly crew, specially a guy I believe was called Gilbert maybe."
Cons: "There was no intertainment only the map. Not even music."

Cons: "Staff was not considerate at all to kids. Wouldn't give food snacks fruit milk. Frowned when retuning trays."

Cons: "My tv and monitor didnot work...10 hour flight was sooo awfull,pluss i couldnt charge my phone ...When i ask to find me a seat they couldnt and i asked for upgaded seat they have seats but they are not allowed to put me there......10 hour flight I staired at the black screen tv..I paid same amount of money as theothers but got less service and crew didnt even bother the help"

Cons: "Choices were between a meat dish and a pasta dish. I choose the pasta, which was an unintereesting, bland glop in a cheese sauce. Lttle favor, and less nutrition. More importantly, it was the same choice provided for both lunch and dinner. Bring"

Cons: "Wheelchair assistance is the worst when we fly with Turkish Airlines"

Pros: "The food used to be way better than now"

Pros: "new aircrafts, easy boarding ontime departure and arrival"
Cons: "Staff needs to be more friendly, food needs to be better in quality (ie.Etihad food is amazing). knowing that the flights are going to INDIA & PAKISTAN they should add some indian Pakistani channels"

Pros: "The food and movie selection was very good."
Cons: "The seat I was assigned was not the seat I had originally selected. The staff was so rude to me and behaved very disrespectful to me when I would ask for help. I had the very front aisle seat and the flight attendances kept bumping into me and my fold out tv screen. And the other passengers on board were not so nice either.. there was a grown man that was maybe in his 50's and i am a 22 year old 5 feet tall and this man shoved me back into my aisle and one of the flight attendances saw and said nothing to him."

Pros: "Crew was friendly and a pretty decent meal was served."
Cons: "The other passengers. :) Turkish was great, but the plane was only equipped with 90's in-seat entertainment."

Pros: "The service was great and all staff were friendly."

Pros: "Service from the flight attendants were fantastic. The food was delicious and the entertainment included plenty of movie options. I'm also glad that my bags were never lost throughout all of my flights this summer on Turkish Airlines."
Cons: "I know seats in the 777-300 recline but do not disrupt the next row's space. That was not the case on the Airbus A330-300. It would be nice if the same seats were on the Airbus aircraft I flew from Istanbul to Bangkok."

Cons: "The flight tracker was the only thing we could watch on this flight."

Pros: "Service, food and the entertainment system was great"

Pros: "Had a one hour delay without justification,but ended up landing in Douala first before Yaounde. Arrived at 4:30 am instead of 12:005am. Lost my bag up till now not seen."
Cons: "The crew, was rude to passengers with kids"

Pros: "efficient boarding from 2 door. easy check in"
Cons: "disorganized airport. They will not allow you at the gate until it is 45 min from scheduled take off time. Lines can be long and disorganized."

Pros: "The flight was quick and the food was good."
Cons: "They cancelled my original flight, which originally left at 7AM, and put me on a flight 12 hours later at 7PM to Skopje. So I had to wait in Istanbul for 14+ hours. They provided me with a hotel and free lunch, which was nice but it was a complete hassle to obtain these, and I was walking all around the airport, in and out of security, and waiting at hotel services for 4+ hours until I finally left for the airport. Turkish really needs to get its act together if it says that it is the best airline in the region."

Masks required on board, masks provided on flights to North Macedonia

Middle seats unavailable to book on flights to North Macedonia

Testing for antibodies, testing for symptoms for flights to North Macedonia