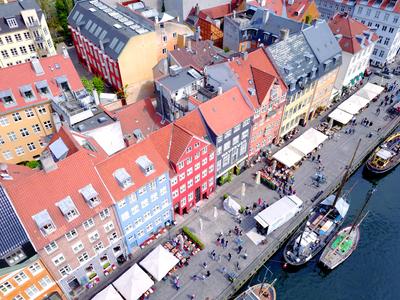 How long is the flight to Denmark?

An average direct flight from New Zealand to Denmark takes 35h 34m, covering a distance of 17866 km. The most popular route is Auckland - Copenhagen with an average flight time of 27h 05m.

What is the cheapest flight to Denmark?

What is the most popular destination in Denmark?

Based on KAYAK flight searches, the most popular destination is Copenhagen (100% of total searches to Denmark).

Cons: "Its sad to see that only the female flight attendants look after the restrooms, no male attendants were seen doing it on both flights. Disappointing in this day and age this still exists."

Pros: "The crew were excellent"
Cons: "Seats and leg room not as comfortable as older plane. The entertainment system was confusing to use ( again older model) hence not as user friendly."

Pros: "Arrived on time."
Cons: "Was a B Grade effort by the crew. They were there to get their pay check & no more....very disappointing."

Pros: "Flight was very pleasant and enjoyable, on time for both departure and arrival."
Cons: "Meals were served rather slow as we were last for row 45 but there was insufficient time for us to finish the meal, collection of trays started in 5 minutes time"

Pros: "The crew, their professionalism and wide variety of entertainment."
Cons: "Air-conditioning was not working properly in the cabin and it felt warm. Seats are a tad uncomfortable and not wide enough on the 777."

Cons: "Please don’t use just fly.com ever. They cancelled my tkt and never accommodated a new one"

Pros: "Singapore has always been my preferred airline because they give excellent service, excellent food and the crew are very polite. aircraft new and comfortable, I finally had a flatbed"
Cons: "the call button did not work the tray table was almost impossible to pull in and out (BC)"

Cons: "The plane was freezing - absolutely freezing. Too cold. There were not enough fluids given out. Given we could not even take water brought in the airport into the plane there needed to be regular distributions of fluids on the flight as there was on the flight from London toy Singapore. It is a long flight and being dehydrated on a plane is not a good thing."

Pros: "Staying in a hotel for 24 hours."
Cons: "Not actually making it to Japan."

Pros: "Everything was good"
Cons: "No complaints"

Pros: "The cabin crew was awesome.. they are for sure the super stars of the company... I wish all of them all the very best for a very bright future"
Cons: "The service of the airlines is impeccable. But the ground staff near check in were not so. I hope they were a little considerate as I was travelling for a family emergency and had to take all my stuff back as I wasn’t sure what date I would return back. I was over weight but wish they had considered a lil as had to pay an other $300 extra.."

Pros: "New plane. Good entertainment. Seat reclined a lot but would not stay reclined."
Cons: "The food was horrendous. Worst airline food I've ever had. Check in and boarding area not great. Very overrated airline."

Pros: "Service was nice."
Cons: "Comparing to recent businesses class flight on Emirates; Singapore airlines seat does not recline to flat bed. Boarded flight st 11pm and arrived at Singapore at 7am. Toiletries like tooth brush and paste, razor etc. were not provided. Emirates provides, so we did not pack in-flight."

Pros: "The business class bed was the best I have yet encountered. The food and service were great. And the stews? Gorgeous and so agreeable. One young lady even helped me with my back injury; turns out she was studying physical therapy. You can't find a better ride than that,"

Pros: "The service and the flight to and from Narita Airport."

Pros: "We started taxing 15 minutes before the departure time. This is great !"
Cons: "not much"

Pros: "Everything was pretty great. Crew is very nice. Food was very good actually. 2 meals with snacks when asked. Hot towels were given a couple of times. Drinks were served and offered throughout the flight. Socks and toothbrush also given. Entertainment was great with a good mix of movies. Chairs were comfy and leg space was ok."
Cons: "I don't think I would complain about the space otherwise except that the person in front of me decided to recline their chair all the way back. It was a tight and fairly uncomfortable ride the rest of the time."

Pros: "Clean aircraft. First rate and very attentive cabin staff. High Quality food and mid flight snacks. Its clear a lot of thought has gone into the making and running of this airline. My first experience and quite frankly I will fly SIA whenever possible."
Cons: "Cabin was to me a little warm during initial taxi at LAX. But not overly so."

Pros: "Loved the crew. Really helpful."
Cons: "1) while boarding you should keep families with kids (at least till 6yrs of age or with disabilities) prior to other people... 2) food was ok ok"

Pros: "Both ways I had a whole row to myself, great attendants, in flight screens and charging stations at your seat, frequent meals"
Cons: "Clean bathroom trash more often"

Pros: "Touch screen entertainment system with great variety of programs. Good food, clean cabin, friendly crews. I'd fly again on Singapore Air over other domestic airlines and Japanese airlines."
Cons: "Sound quality of ear buds was not good. No issues if you travel with your own."

Pros: "Singapore crew are on their feet and working for the entire flight. Great service!"

Pros: "Excellent experience as usual by SIA."
Cons: "The plane is a bit aged in SIA standard. No USB charging. IFE screen is not bright enough."

Pros: "The service is amazing. The stewardess are always smilin and very helpful. If you'd like anything extra, just ask and they'll bring it right over. The entertainment onboard was top notch"
Cons: "I would have wished for better back supported seats. 14hrs on a flight isn't quiet the best."

Pros: "Attention to customer service and needs"
Cons: "Couldn't use my own headphones to watch movies"

Pros: "Flight on time"
Cons: "The in flight service was not as good as I remember the last few times I flew with Singapore. ."

Pros: "Great food, friendly staff, on time... what else do you need?"

Pros: "I like your new entertainment devices and big screen"
Cons: "the number of movies is a little bit less. the category of videos is not clear."

Pros: "Comfortable seats."
Cons: "We were supposed to fly back to Los Angeles from Tokyo on Wednesday, August 24th. We got to Tokyo Narita a little later than planned due to the Narita Express train being delayed. I had received emails that our flight had changed gates, and was then delayed, but when my sister and I went to check into our flight, we were told we were unable to board because it was too late. I thought it was absurd because the flight had not even started boarding, and I had gotten an email saying it was delayed. We tried to reason with them, but they would not let us on the flight. It was imperative that we got back to Los Angeles on Wednesday, but all our plans were ruined due to them bumping us off the flight. My sister had a connecting flight to Boston, which she then had to reschedule and was charged for. We were stuck another night in Tokyo, where we had to spend money on a hotel. The Singapore Airlines attendants eventually informed us that we could get on a flight the next day. This delayed us by 24 hours, which was highly inconvenient. It was also especially unnecessary since due to the flight being delayed, we would have absolutely been able to make it. I do not appreciate being bumped off of a flight due to airlines wanting to make more money, especially being stuck overseas. Its not like it was a domestic flight where we could just hop on another one in the next few hours, this totally derailed all of our plans. I do not appreciate the inflexibility of the Singapore Airlines agents, and this is not an experience that makes me want to recommend flying with Singapore Airlines. I appreciate that they did not charge us, however it was a major inconvenience that could have simply been avoided by better customer service and understanding."

Pros: "uncomfortable compared to the other flights"

Cons: "Same price as Singapore airlines but it's a budget flight - silk air"

Pros: "The vouchers at the airport enabling us to have a shower just lovely"
Cons: "Enterntainment average on last flight and seats were hard."

Masks required on board, masks provided on flights to Denmark

Middle seats unavailable to book on flights to Denmark

Testing for antibodies, testing for symptoms for flights to Denmark