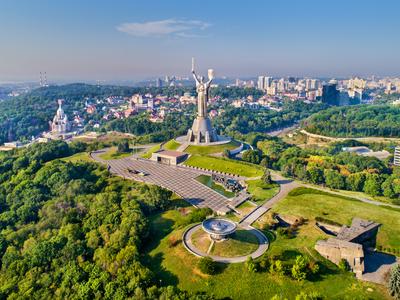 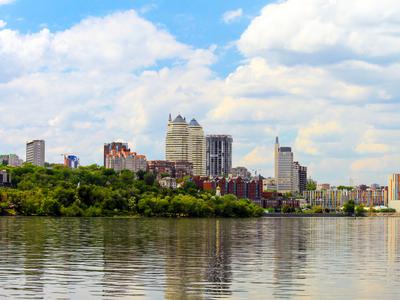 How long is the flight to Ukraine?

An average direct flight from New Zealand to Ukraine takes 41h 56m, covering a distance of 16895 km. The most popular route is Christchurch - Dnipro with an average flight time of 51h 55m.

What is the cheapest flight to Ukraine?

What are the most popular destinations in Ukraine?

Cons: "Frankfurt connecting flights, security, and Passport control are terribly inefficient, with unclear guides to get passengers from B gates to A gates."

Pros: "Everything was great thanks"
Cons: "Perfect trip"

Pros: "The seating arrangements and baggage drop off were excellent, staff at check ins both sides were so helpful, especially at Heathrow airport, the young Asian man couldn't do enough for us, well pleased."
Cons: "Unfortunately we experienced a drop in standards when on board the first return flight , my daughter is autistic and would only have vegetarian meals, I made sure I requested this online well in advance, when I asked for vegetarian meal the flight attenda abruptly said that's all we have."

Pros: "Not enough restrooms the food was not the good mor"
Cons: "More choices for food seats not comfortable too narrow no space"

Cons: "Boarding in Frankfurt Germany was horrendous! Waiting in the "extended " part of the terminal was not ventilated. When we finally took the bus to the plane, we waited on the bus more than 15 minutes in 90 degree weather, with the doors open! The crew outside were very rude and dismissive. The crew"

Pros: "Great crew. Great seats"
Cons: "Flight was delayed by half an hour. Mainly due to limited carryon space. During check in we offered to check in carry on luggage, but were told it would be an additional cost! If they would have checked it in that would have saved 15 minutes easily"

Pros: "The crew is always pleasant and friendly. The in-flight entertainment is great and the food is good too."
Cons: "The Lufthansa rep at the Rome airport did not try to accommodate me when I asked to change my flight. My daughter was flying on a later flight and in order to travel together I asked if there was any way one of us could switch. Before even looking she said NO, there is no way. I know that it can be"

Pros: "Timeliness of flight"
Cons: "My Tv screen Headphone plug was not working. Also, by the Time i got my food, there was onot vegetarian option available. I’m not vegetarian!"

Pros: "Food was Good, flight was without much stress and a little faster to compensate for the delay."
Cons: "Delayed boarding, no announcements, long wait in line for boarding, repeated delays. Not the first time - Every tome I use this flight it is delayed and without clear information to passengers how much delay is anticipated. Announcements, even if they come - come not loud, simultaneous with other announcements - so impossible to hear. Scheduled gate is moved every time too."

Pros: "There was no communication between aircrew and gate for transfers. There is a new additional check between gates and no passenger was informed. This security check was over an hour long. The flight was not held for me and other passengers and when we arrived at the gate they were oblivious of the fact that we had been held up in what seemed to be a Km long security line."

Cons: "There really wasn’t any food on such a short flight so I’ll neither penalize or reward them on that"

Pros: "Arriving on time."
Cons: "Can't think of anything."

Pros: "I had 20 mins to transfer from one flight to the next on a bank holiday weekend full of passengers. The staff stopped me and two other passengers to completely expedite our transfer process and I made the connecting flight."

Pros: "Over crowded"
Cons: "No entertainment"

Pros: "I love the fact that the flight arrived on time and there were no delays. I can say our time was respected by the airline."
Cons: "There can be a better range of entertainment on the flight, and flying Lufthansa their isn't too much food variety"

Cons: "They Changed the terminal last minute and i miss the flight ! horrible experience i needed to pay new tickets 300$ ! i will never going to book or recommend to anyone to fly with your company.."

Cons: "Boading priority was not possible, due to the massive amount of people crowding the entrance. Very hectic and uncoordinated boarding process. I always fly first row to be able to work with my laptop, however due to a last minute plane change the new A321 did not have a 1D or 1F, only 1A and 1C. I had booked 1D, but was moved back to 5D with absolutely no option to change back to the first row to finish my work. I had to sit sideways to be able to work, and it was extremely uncomfortable. I don't understand why they couldn't have moved me back to the first row and move the non-SEN/HON sleeping members back to 5D and 5F, or at least asked them if they would mind. The plane was massively late, and I missed my followup meetings at the airport."

Pros: "Service was great, meal was fantastic, seats were very comfortable, and the assortment of things they provided for entertainment were fantastic."

Pros: "The crew was friendly and respectful."
Cons: "I wasn’t able to get my TV device to function properly"

Pros: "They made the experience enjoyable easy and I made me feel special"

Pros: "The crew was very friendly and helpful"
Cons: "I am lactose intolerant and there were few non-dairy options"

Pros: "Service, entertainment, flight"
Cons: "The food was not tasty at all"

Pros: "The crew was friendly, helpful and attentive. Excellent boarding procedure."
Cons: "Entertainment system was very temperamental. Touch screen was extremely slow. The poor performance was aggravated by having the controls mounted on top of the armrests resulting in no place to rest one's arms without disturbing the entertainment system. The seats in regular economy were too small for a 10 hour flight. I am an average to small size person and had no room to get comfortable."

Pros: "Great service everyone was very accommodation. Enjoy the flight and the met some very interesting people. Althoght my flight to Kiev fro Frankfurt was delayed 20 minutes, and to take a bus to another plane, it wasn't that long of a wait."
Cons: "Everything was great"

Pros: "I specifically booked this flight for the 8 hr layover so I could go downtown Munchen. the Plane was 4 hrs late leaving Edinburgh!! what is there to like? nothing."
Cons: "regardless of the late takeoff from Edinburgh, your boarding procedures are like a 3rd world airport. the food was 1/3 of a sandwich. that's food? no entertainment on board of course. why do I pay $500 for such flights? I'll go Ryanair from now on!"

Pros: "Again lufthansa crew one of the best out there thank you"
Cons: "No entertainment but I understand why short flight"

Pros: "Arrived on time, crew was friendly, was pleasentelly surprised that they are serving food on such a short flights in Europe."
Cons: "Boarding was bad. Gates werechanget multiple times (morethan twice) had to walk back and force, back and force thtoughehole terminal B"

Pros: "GOOD food, service was fine. Seat had good room."
Cons: "My seat didn't stay back (would lock) and kept me from getting much sleep. But, ultimate reason for mediocre rating was the level of turbulence. very bad - maybe not airline's fault, but still it was unpleasant."

Pros: "The stewards did their jobs well."
Cons: "Our departure was severely delayed due to airport and aircraft crew errors. This meant that I missed my connecting flight in Munich, had to endure an extended lay over, board an extra flight to Budapest and endure an even more unbearable lay over there before being able to reach my final destination in Athens. I paid for a one-stop flight and have ended up having to endure a two-stop flight with extended lay overs. I feel completely cheated out of my money and overall have had a terrible experience."

Pros: "Airplane crew was nice and I was surprised(in a good way) by them giving to passengers sandwiches as a snack."
Cons: "So I actually had a flight that departures at 9:50 AM and it was connection flight after I got to Frankfurt at 9:00, but I missed it cause other gates were too far and moreover Lufthansa staff were not so nice to help me out. Actually, I was running there and got to the gates at 9:40 AM but air hostess said that I've already missed it. They said that I had enough time and that's my fault - I even should be thankful that I don't pay for another flight that I am going to be flying in 7 hours. Bottom line: I got to Kiev at 9:20 PM and moreover, the flight landed 30 mins late. It never happened to me, despite I've been more than on 25 flights. I am shocked by employee's behavior and the situation in general. Would never recommend Lufthansa airline to anyone."

Pros: "The staff was very friendly once I managed through the line for the rebooking because of the strike."
Cons: "Strike holding passengers hostages. This was not the reputation of Lufthansa and the poor relationship between the staff and managment in the past 2 years will make me reconsider travelling with this company."

Pros: "Food was good and flight was as scheduled with no changes."
Cons: "The Lufthansa folks at the terminal gate while boarding weren't friendly n approachable."

Cons: "on purposely made passengers miss connecting flight and did not genuinely try to help. Everybody follows so called policy like a robot regardless the circumstance. An airline with no feeling and emotion. Arrogant and don't care about passengers."

Pros: "The crew was incredibly pleasant and helpful"
Cons: "The entertainment system didn't work for many passengers, and had to be continually reset, and sometimes still did not work. When it did aorkX it was extremely slow and unresponsive. Also, the USB and electrical outlets near the seats did not work and power devices"

Pros: "Short flight"
Cons: "Not much in the way of snacks"

Masks required on board, masks provided on flights to Ukraine

Middle seats unavailable to book on flights to Ukraine

Testing for antibodies, testing for symptoms for flights to Ukraine