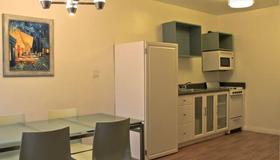 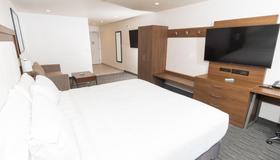 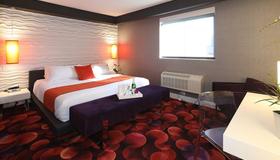 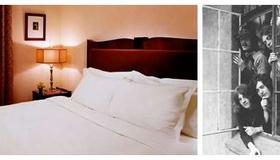 Overall 7.9 Good
Based on 983 reviews
All
Cleanliness
8.1
Comfort
8.0
Facilities
6.9
Food
6.5
Location
8.6
Cleanliness
6.0
Comfort
6.0
Facilities
5.0
Location
8.0
Overall
7.0
Cleanliness
8.0
Comfort
7.8
Location
8.6
Services
7.4
Staff
8.0
Cleanliness
10.0
Comfort
10.0
Facilities
10.0
Location
10.0
Overall
10.0
Cleanliness
6.9
Comfort
6.7
Facilities
6.3
Food
6.5
Location
7.5
Cleanliness
8.3
Comfort
8.1
Location
8.9
Services
7.5
Staff
8.2
Cleanliness
8.4
Comfort
8.2
Facilities
9.0
Location
8.7
Overall
9.0
Cleanliness
8.1
Comfort
8.0
Facilities
8.8
Food
6.5
Location
8.2
Cleanliness
8.4
Comfort
8.1
Location
8.8
Services
7.9
Staff
8.3
Excellent 10.0
Excellent 8.0
Pros: Nice view from window. Walking distance to mall. Nice paint colors on walls. Cute room.
Cons: No bathtub. Charged for parking. Thin walls. Hard beds.
Excellent 10.0
Excellent 8.0
Excellent 8.0
Excellent 9.7
Mediocre 2.0
Pros: It looked nice on website.. rooms were cleam
Cons: We changed rooms due to no hot water.. then because the hot tub exploded.. water everywhere and all our clothes spaked
Okay 4.0
Excellent 9.7
Excellent 10.0
Good 6.8
Excellent 9.1
Okay 5.1
Pros: The price was right.
Cons: The state of disrepair was horrible! The walls AND the doors in the hallways were nicked and dirty. Same thing in the room. The room door and bathroom door had so many scuff marks, even my kids said something. We waited more than 10 minutes to check in because the front desk person was "somewhere in the back." The bartender tried to check us in but she didn't know how (and why should she.). All this was after we drove into the parking lot and saw and heard the front desk girl and the bartender gossiping using foul language. Very unprofessional!
Excellent 10.0
Excellent 9.1
Okay 4.2
Pros: Location close to West Hollywood spots
Cons: No sound insulation at all. Water flow was just too weak to shower
Excellent 8.0
Pros: The location is great walking distance to the Hollywood and highland shopping center. No car or uber needed
Cons: You are in Hollywood so it was a fight in the hallway around 4am that woke me up.
Excellent 9.7
Pros: Pros: Loved the contemporary renovations. The hotel was super clean! The hallway always smelled amazing...I saw maids and maintenance staff always working the property. The location is superb for those that want to to go to Hollywood Walk of Fame, Chinese Theatre, Mall, Hollywood hills, etc. It literally is a 15 minute walk to all of these places. You will save time, money & get your exercise in! The beds were very comfy. The showers clean and modern. Room was plenty big for a couple. Micro & Fridge made it convenient for food. The little cool bar is nice for drinks. Staff very friendly. Loved the overall vibe.
Cons: Cons: Definitely not a hotel for children! The area is a renovation of a small space, so no room for the kids to romp around. The pool is a very tiny square, so you will not enjoy a family pool experience here. The hotel has heavy traffic on Highland Ave, as you are in the heart of Hollywood, so plan accordingly. No complimentary breakfast. You can hear the noise that other guests make, so awakened by 5:00 am guests screaming.
Mediocre 2.5
Cons: Very rude, unfriendly, not very knowledgeable staff. Dirty, room in decrepit condition, no safe inside room, terrible and disappointing pool. Not a good stay, spend the extra few dollars to go somewhere else since you are in LA, don't let such a terrible hotel leave a bitter taste in your mouth during your trip!
Mediocre 2.0
Cons: We were awakened in the morning by a huge leak in the ceiling! RIGHT OVER THE BED! We had to put buckets IN the bed with us until we left in the morning. Which we left early because of this. Terrible!!
Excellent 10.0
Pros: large loft room was spacious and had 2 TVs one in loft and one in entry level part of room... nice bathroom.... very clean... fridge and microwave was great... VERY NICE staff... GREAT BED... LOCATION LOCATION LOCATION... Hippest Hotel of the bunch and comes with it's own lounge/bar. PARKING!
Cons: all minor.... the great bed is in the loft and the nice bathroom is on the lower level add travel time to your bathroom schedule... location, location, location... on the nights the Hollywood Bowl has big name events the traffic crawls from rush hour to curtain time and again when the show is over not so bad on the classical... but there isn't a better spot if you're going to the Hollywood Bowl

Rated no. 6
Blvd Hotel & Suites - Walking Distance To Hollywood Walk Of Fame
7.9
Good 7.9
Based on 983 reviews
Details
Reviews
$150
View deal
Best Western Hollywood Plaza Inn-Hollywood Walk of Fame Hotel-LA
View all details
Details
Reviews
Hollywood's great hotel location, in the heart of Hollywood just steps away from Hollywood Walk of Fame, Hollywood Bowl, Grauman's Chinese Theatre, Universal Studios®, and famous star-studded attractions, hot spots and nightlife of the Sunset Strip. Sightseeing tours depart daily from the Hotel to Disneyland®, Knott's Berry Farm®, Six Flags® Magic Mountain, San Diego Zoo, Legoland®, SeaWorld®, the Griffith Observatory, and more. The Best Western Hollywood Plaza Inn is centrally located and easy access to all points of interest of Greater Los Angeles. The Hotel is located in Hollywood's famous A-list attractions and set overlooking the scenic Hollywood Hills. Guests looking for a stellar location in Hollywood, the entertainment capital of the world, will find themselves within walking distance to the Walk of Fame, the Kodak theatre, the Hollywood & Highland mall, and a short drive to Century City mall, Santa Monica Place, the Beverly center and LA Live. Unique and world-class shopping, restaurants and cutting edge night life options are available nearby at the Melrose Avenue, LA fashion district, Rodeo Drive in Beverly Hills, Farmers Market, and The Grove. Run into a movie star while touring one of the nearby studios such as Paramount Studios, Warner Brothers Studios, Universal Studios®, or NBC TV Studios. Popular sports arenas and centers such as the LA Convention Center, Dodgers stadium, and Staples Center where the world famous Lakers play, are easily accessible from the hotel. Guests will experience an enhanced level of comfort in each room complete with free high-speed Internet, cable television with HBO®, microwave, refrigerator. Also enjoy the outdoor swimming pool and spa, and on-site restaurant. Airport shuttle is available from LAX for a nominal fee. Come soak up the Southern California sun and discover the very best of Hollywood at the Best Western Hollywood Plaza Inn-Hollywood Walk of Fame Hotel! $18.00 parking charge for first car, additional cars are $25.00. Special event and holiday parking $25 per vehicle. Check out our View Additional Rates and Rewards tab to get the best deals in Hollywood! Enjoy your stay.
Cleanliness
8.1
Comfort
7.9
Facilities
6.9
Location
8.7
Overall
7.5 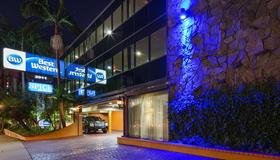 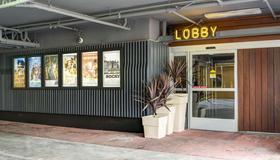 Overall 7.8 Good
Based on 508 reviews
All
Cleanliness
8.2
Comfort
8.0
Facilities
8.0
Location
8.6
Overall
7.6
Cleanliness
6.0
Comfort
6.0
Facilities
6.0
Location
6.6
Overall
6.0
Cleanliness
10.0
Comfort
10.0
Facilities
10.0
Location
10.0
Overall
10.0
Cleanliness
8.1
Comfort
7.9
Location
8.7
Services
7.7
Staff
8.1
Cleanliness
8.0
Comfort
8.0
Facilities
6.0
Location
8.0
Overall
6.0
Cleanliness
9.0
Comfort
9.0
Facilities
9.0
Location
10.0
Overall
10.0
Cleanliness
8.3
Comfort
8.0
Location
8.5
Services
7.7
Staff
8.0
Cleanliness
8.5
Comfort
8.3
Facilities
9.0
Location
8.7
Overall
9.0
Cleanliness
7.6
Comfort
7.8
Facilities
8.0
Location
7.8
Overall
7.0
Cleanliness
7.6
Comfort
7.7
Location
8.1
Services
7.1
Staff
8.0
Excellent 9.7
Cons: Parking is not included in stay. $32 a day.
Good 7.7
Pros: The valet drivers were all very friendly and helpful. The location was great for my professional development nearby.
Cons: The noise factor could have been better. Other guests letting their doors slam rattled my whole room. I could hear the guests next door talking through the wall and they weren't being loud, the walls are clearly too thin. I could also hear their shower which was VERY loud. So, I wish I could give a better report, I just wish it had been more peaceful.
Good 7.4
Excellent 8.0
Excellent 9.7
Excellent 10.0
Pros: We enjoyed our stay very much. We were there to be on the Kelly and Michael show after the Oscars. The staff could not have been nicer our room was clean and comfy. I would like to give a shout out the the bartender (Chris). He was very friendly and helpful. We quite enjoyed our conversations with him.
Cons: Can't think of a thing.
Excellent 8.2
Pros: We had a very comfortable stay. Perfect location, centralized to the walk a fame, Hollywood bowl and food places.
Mediocre 2.0
Pros: There was nothing I liked about this hotel, which is why I was forced to relocate almost immediately.
Cons: The hotel had a smoke or mildewed smell that as a woman with extreme sensitivity i was overtaken by nausea. The cleanliness was sup par and it looked like a motel room, instead of a Hilton property. The staff never even set up the bed and left it pointing up in the air. The risk to my health cost me over 300.00 and as soon as i walked into another hotel I felt better as they were actually smoke free.
Excellent 8.6
Pros: Extremely friendly front desk staff who were helpful at all times. The valet manager was also extremely nice and always very pleasant. The rooms were clean and updated with a microwave and fridge. There was always coffee, drinks and a snack out by the front desk. A very nice hotel and reasonably priced for the location. Will definitely stay there again if ever in the area.
Cons: There was a valet and fee to park each day ($32!) but since it's within walking distance to walk of fame I understand why they do it so tourists don't park there.
Good 6.8
Pros: Hotel has some quirks. It is very easy to lock yourself out of the bathroom by inadvertantly pushing the lock button when exiting the bathroom. In addition the bedframes are made of hardwood and are very easy to walk into.
Excellent 10.0
Pros: Staff was awesome

Where to stay in Hollywood Hills (Los Angeles)?

Our map will help you find the perfect place to stay in Hollywood Hills by showing you the exact location of each hotel.

FAQs when booking a hotel in Hollywood Hills

What are the best hotels in Hollywood Hills?

How much does a hotel in Hollywood Hills cost?

KAYAK users have found double rooms in Hollywood Hills for as cheap as $127 in the last 3 days. The average price is $130.

How much does a hotel in Hollywood Hills cost for tonight?

How much does a hotel in Hollywood Hills cost for this weekend?