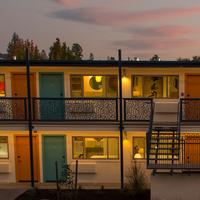 Excellent
based on 170 reviews
Compare vs KAYAK | 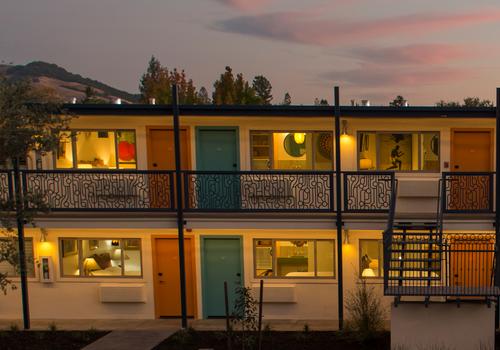 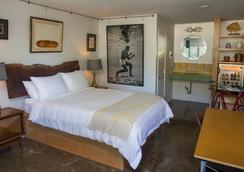 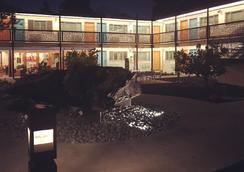 Rooms available at The Astro

Reviews of The Astro

Santa Rosa's The Astro redefines the idea of motels. This striking, modern motel celebrates the heyday of the American motor inn with urban convenience and refinement, with a rich history that gives it a unique ability to comprehensively address both eras. The Astro dates back to 1963, when motor hotels were all the rage; when the facility was remodeled in 2017, great care was taken to preseve the motel's style, from the Atomic Age signage and bold color scheme to the original Mid-Century Modernist furnishings in the lobby and guest rooms. Its striking exterior and interior design has garnered The Astro global attention, including write-ups in everything from the San Francisco Weekly and Sonoma Magazine to Vogue, GQ and Goop.

The Astro's modern roots can be seen, felt and tasted, from the facility's lush edible gardens and farm-to-table onsite restaurant to its California-chic touches, including Sonoma County-made furnishings, snacks and toiletries to onsite bike rental and repair. Its award-winning onsite restaurant The Spinster Sisters features local wines, craft beers, produce and seafood, with rotating seasonal menus to showcase the region's bounty.

The Astro is located in one of the most exciting, up-and-coming neighborhoods, known for its eclectic shops, art galleries, coffee houses, cafes, theatres and more. The motel is located adjacent to Julliard Park, a public park, community garden and performance space, featuring art and live music during the summer months. Guests are just a short drive away from the area's best wineries.

Amenities at The Astro

FAQs when booking at The Astro

Where is The Astro located?

The Astro is located at 323 Santa Rosa Avenue, 0.7 km from the centre of Santa Rosa. Luther Burbank Home and Gardens is the closest landmark to The Astro.

When is check-in time and check-out time at The Astro?

Does The Astro offer free Wi-Fi?

Does The Astro offer free parking?

No, The Astro does not offer free parking.

No, The Astro does not offer free airport shuttle service.

How far is The Astro from the airport?

Can you bring pets to The Astro?

Yes, The Astro is a pet-friendly hotel.

Does The Astro have a pool?

No, The Astro does not have a pool on-site.

Photos of The Astro 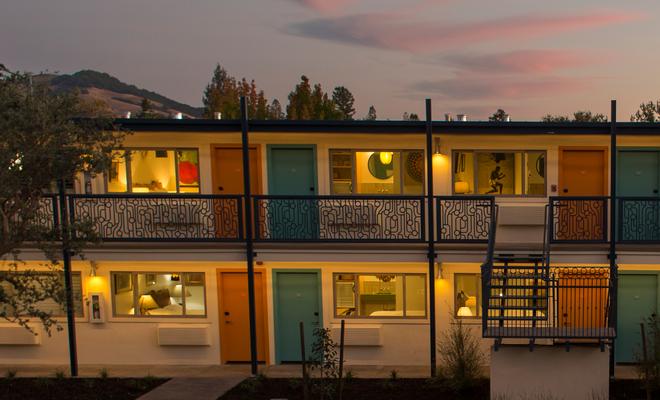 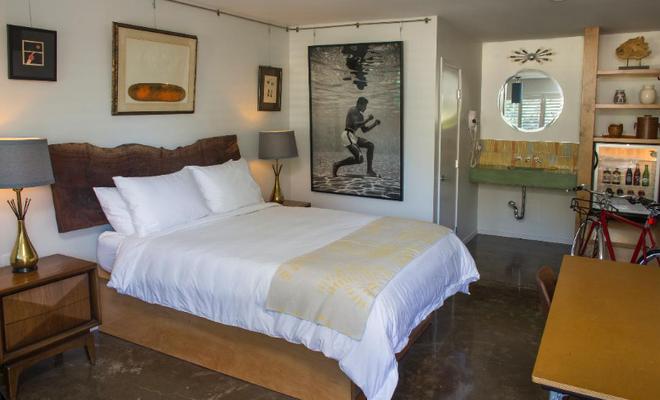 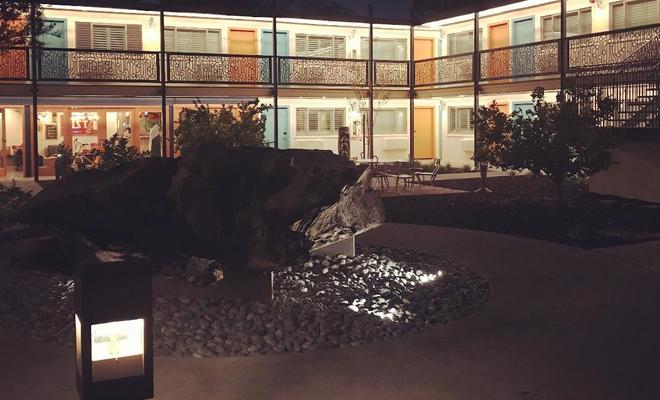 Reviews about The Astro

“This is our favorite hotel in Santa Rosa area.”
“The staff was very friendly!”
“Proximity to downtown is nice”
“The bed was super comfy.”
“Within walking distance from down town”
“I liked everything about the Astro!”
“But again- very comfortable bed.”
“Very beautiful and uniquely decorated room - bright and cheerful.”
“The mid century influences abound!”
“Spacious room with cool pics.”
“Great park next door for walking the dogs”
“Pastries and coffee were very good.”