Search hundreds of travel sites at once for Heringsdorf airport hotels 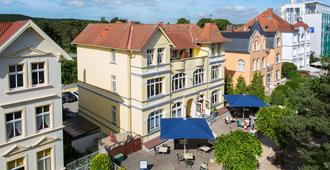 Rated no. 8
Hotel Ostende
8.8
Excellent 8.8
Based on 615 reviews
Details
Reviews
$736
View Deal
Upstalsboom Hotel Ostseestrand
View all details
Cleanliness
9.0
Comfort
8.7
Facilities
6.0
Location
9.5
Overall
8.0
Overall 8.7 Excellent
Based on 1,156 reviews
All
Cleanliness
9.0
Comfort
8.7
Facilities
6.0
Location
9.5
Overall
8.0
Cleanliness
9.1
Comfort
8.8
Location
9.6
Services
8.7
Staff
9.4
Cleanliness
8.0
Comfort
8.0
Facilities
6.0
Location
8.0
Overall
8.0
Cleanliness
9.0
Comfort
8.6
Location
9.5
Services
8.5
Staff
9.1
Cleanliness
9.1
Comfort
8.9
Location
9.7
Services
8.7
Staff
9.1
Cleanliness
9.0
Comfort
8.3
Location
9.0
Services
8.1
Staff
8.6
Cleanliness
8.8
Comfort
8.6
Location
9.1
Services
8.0
Staff
9.2
Excellent 9.0
Pros: good breakfast, very close to strand
Cons: parking too far away
Excellent 10.0
Pros: Excellent location and very friendly staff. Hotel restaurant offers delicious a la carte meals at reasonable prices. Hotel and rooms were extremely clean and COVID-19 situation was handled pretty good.
Excellent 8.0
Pros: Right next to the beach. Close to the centre. Friendly staff. Great room.
Excellent 9.6
Pros: The breakfast was excellent. The bed was comfy. And the beach was only a few footsteps away. Beautiful place! Perfect for families!
Good 7.5
Pros: Staff were very friendly. We enjoyed a nice welcome drink when we arrived and received a quick tour from one of the staff members which was very helpful. I also enjoyed the pre-stocked (free) minibar and the late breakfast. The spa area was also fine.
Cons: There were a few things: - we didn't really understand the point of serving breakfast until 1pm if housekeeping is going to knock on the door at 9am to disturb your lying in. The staff were also really quite loud starting around 9am which, again, is very early on the weekend when you're just trying to relax. - our room (122) was right next to / above some staff entrance and it was often quite noisy and smoky, meaning we couldn't open the windows to cool down our too-warm room. - the walls were paper thin and we heard our neighbor's every cough. - the pool / sauna area is quite small so we had to wait for deck chairs to open up during busy time (late afternoon -- emptied out around 5:30pm).
Excellent 10.0
Pros: Super friendly and helpful stuff, breakfast till 13:00-many choices and great quality of food, also the restaurant was great, we had fish and wild Gulasch. small spa but sweet and enough to relax. Top Location!
Cons: the view out to the parking place was not good and one style of the room was a bit old fashion but we could chances the room, and it was amazing. The new room was more the style I like.

Rated no. 9
Upstalsboom Hotel Ostseestrand
8.7
Excellent 8.7
Based on 1,156 reviews
Details
Reviews
$427
View Deal
Seetelhotel Ahlbecker Hof
View all details
Cleanliness
9.1
Comfort
8.8
Location
9.6
Services
8.4
Staff
9.0
Overall 8.7 Excellent
Based on 1,076 reviews
All
Cleanliness
9.1
Comfort
8.8
Location
9.6
Services
8.4
Staff
9.0
Cleanliness
9.1
Comfort
8.9
Location
9.5
Services
8.6
Staff
9.1
Cleanliness
9.0
Comfort
8.8
Location
9.7
Services
8.4
Staff
9.0
Cleanliness
9.4
Comfort
9.1
Location
9.6
Services
8.6
Staff
9.1
Cleanliness
9.1
Comfort
8.8
Location
9.8
Services
8.6
Staff
8.8
Cleanliness
9.0
Comfort
8.7
Location
9.3
Services
8.5
Staff
9.0
Excellent 10.0
Pros: Perfect location, nice, spacious, clean room (junior suite), good breakfast buffet (although due to COVID-19 situation a little bit more complicated than expected), exceptionally friendly staff. Pool area a bit small, but luckily there were not too many people. Pick-up from and to the airport at no additional costs.
Mediocre 3.0
Pros: A very good location. There are a lot of restaurants and supermarkets around. The room is big enough.
Cons: Some of the staff are so kind just like the worker in the swimming pool, but some of the receptionists are so unfriendly and I think it is related to my skin color?! I have asked for a taxi at arrival and waited at the train station for more than ten minutes. I called 3 times the hotel with no answer (in 5-star Hotel !!!) then we had to walk about 15 min in the sun with our luggage. I met the taxi driver in the hotel who was really aggressive and he refused to apologize. The worker in the reception was also at the beginning unfriendly. The day after suddenly at 11:00 PM started the smoke alarm. My kids were afraid. I called the reception then they said it is a mistake in the system!!! ( at 5 Star hotel!!). I made a complaint, then came after one day the hotel director who was really kind with small presents for my kids. I accepted the apology and thanked the director. I avoid the reception as they were kind to the german guests but not to me. At the checkout, I asked for a taxi. Then I came 15 min before the appointment. I asked once more to be sure that everything is ok, but the Taxi did not show up!! after 5 min I tried to ask once more but the receptionist (another worker) refused to talk to me although I cleared it is an emergency and we may miss our train!! I waited then he started collecting some paper so slowly! I said I need a help as a customer. He did not react. I said I will make a complaint... Then he answered coldly you may make a new one!!! it was an act of revenge because I talked to the director.. an act of revenge in an expensive 5-star hotel!!! so we had to run this time 10 min with luggage to get the train. I talked later to the director. he made the same apology kindly, I wanted to send the complaint somewhere higher, He offered to cut one night with an apology card. I accepted the money, but I absolutely do not recommend this hotel, especially for foreigners. The kind director can not control his team. The service is less than 3-star hotel.
Okay 4.0
Pros: Nice position but really difficult to arrive with car. Good treatment at the spa.
Cons: A decadent hotel, need a lot of manutention. No answer to my calls before the arrive. Check in too slowly. No help for the baggage on the check in. Room for 2 person very small.
Good 7.5
Pros: The location was perfect, you could tell that it was one of the oldest hotels in the area and definitely still had that feeling. Meaning not much had changed, design-wise. Spa and pool was nice and the rooms were very clean.
Cons: Seemed like the type of place people have been going to for a very long time, much older crowd and not as inviting for younger more modern folks. Breakfast was a bit hectic due to the fact that it seemed as if people had "their tables" and it was hard to get one. 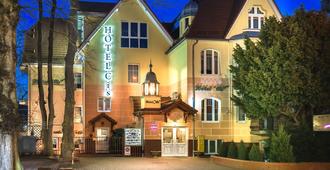 FAQs when booking a hotel near Heringsdorf airport

How much is a cheap hotel near Heringsdorf airport?

KAYAK users have found double rooms near Heringsdorf airport for as cheap as $95 in the last 3 days. The average price is $267.

How much is a cheap hotel near Heringsdorf airport for tonight?

How much is a cheap hotel near Heringsdorf airport for this weekend?

How can I find hotels near Heringsdorf airport?

Take a look at our extensive airport hotel Heatmaps to find the best hotels near Heringsdorf airport.

Where to stay in Heringsdorf?

Our map will help you find the perfect place to stay close to Heringsdorf airport by showing you the exact location of each hotel.